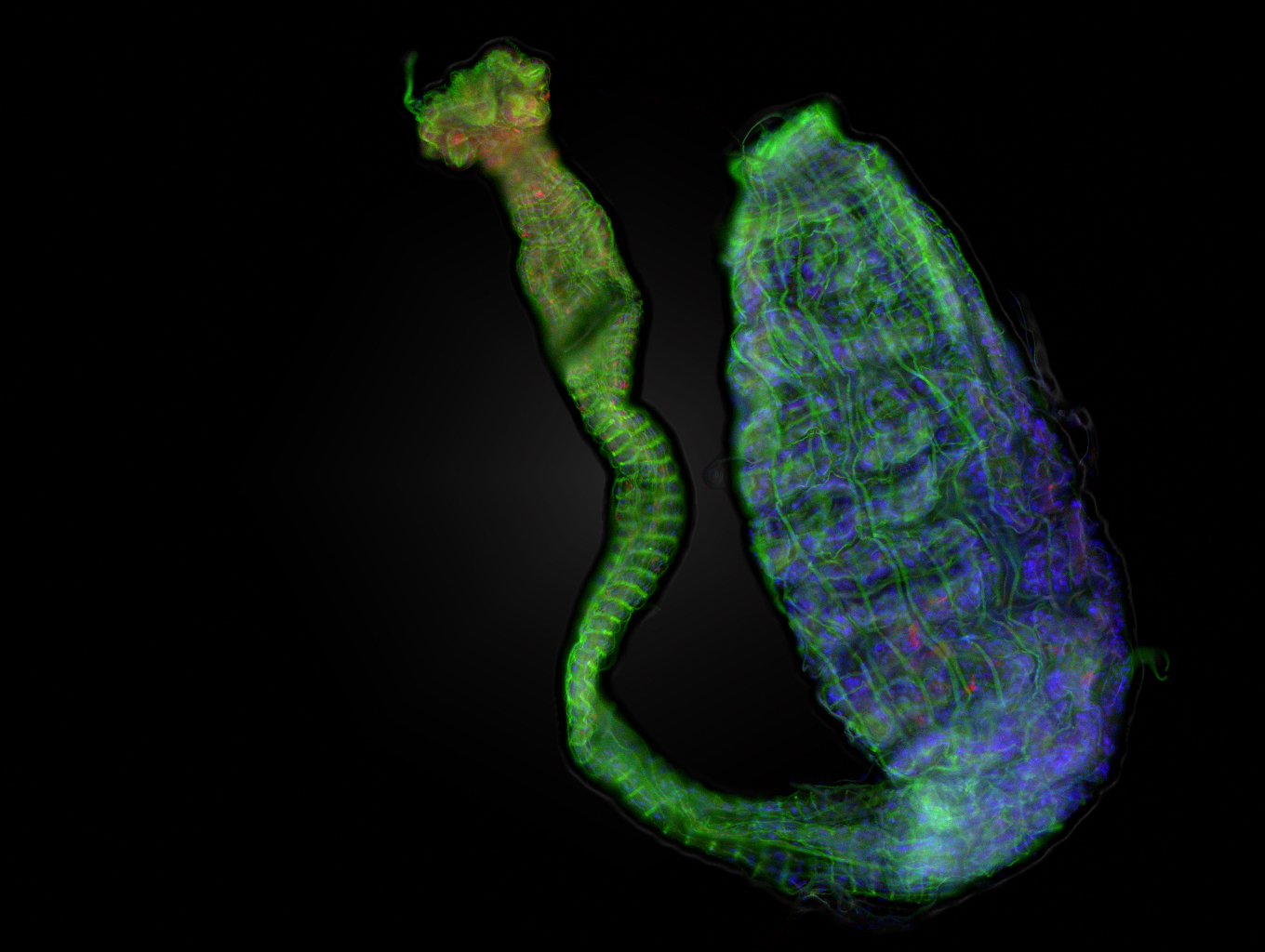 The nearly century-long search for a malaria vaccine might end in the bottom of a cup.

The nearly century-long search for a malaria vaccine might end in the bottom of a cup.

Takeout containers — cardboard cups of the sort used to bring home soup from the deli — are the surprisingly low-tech housing in which Seattle BioMed rears 20,000 to 30,000 malaria-carrying mosquitoes each week. At the nonprofit research institute in Washington, dozens of containers line the shelves of its humid walk-in incubator, mosquitoes clinging upside-down to mesh inserts.

There are similar set ups in labs around the world: mosquitoes biding time, before being encouraged to gorge on human volunteers, or have their parasite-laden salivary glands dissected by a deft lab technician. Although the first partially effective malaria vaccine might be only a few years away from clinical use, the search for a truly effective vaccine is far from over.

The problem is the complexity of malaria parasites — single-celled organisms belonging to the genus Plasmodium. The parasite has more than 5,000 genes — 50 times more than some viruses, for example — and has a multiphase lifecycle that means it shows a different side to the immune system at different stages of its development. “It's difficult to see which of the tsunami of immune responses that are provoked by the parasite are associated with protection,” says Robert Sauerwein, head of the Centre for Clinical Malaria Studies at Radboud University in Nijmegen, the Netherlands. Without knowing which immune response a vaccine needs to stimulate, researchers can only guess.

A number of malaria vaccine candidates have entered clinical trials. The furthest along, known as RTS,S, is about 50% effective against the disease. It's a subunit vaccine which presents to the immune system the circumsporozoite protein (CSP), a molecule that studs the surface of the sporozoite stage of Plasmodium falciparum. It's the sporozoite that passes from the mosquito to the human host (see 'One parasite — many hiding places', page S17). Investigators in seven African countries have enrolled more than 15,000 infants in a phase III clinical trial of RTS,S. In late 2011, they reported the first set of results from 6,000 of these infants. Those who received RTS,S had 56% fewer malaria episodes and 47% fewer cases of severe malaria over the course of a year compared to controls1. “This is the first vaccine that has proved substantial efficacy,” says Didier Leboulleux, the Ferney, France-based director of the Clinical Unit at the PATH Malaria Vaccine Initiative (MVI), a nonprofit that is developing RTS,S in partnership with pharmaceutical giant GlaxoSmithKline.

If initial results hold up, RTS,S could be rolled out for clinical use in 2015. But, Leboulleux acknowledges, “It's clearly a first-generation vaccine.” Most investigators agree that eradication of malaria will require a vaccine that can prevent the disease 80–90% of the time.

One approach to developing a more effective vaccine is to try different vaccination strategies using CSP. “We're trying to milk that antigen for as much as we can with things like prime–boost approaches,” says Ashley Birkett, director of research and development at PATH MVI. Path's prime-boost strategy delivers the same antigen in two different ways in order to improve the immune response.

Another possibility might be to add more antigens to the vaccine. For example, researchers have tested vaccines based on merozoite surface protein 1 (MSP1) and apical membrane antigen 1 (AMA1), each of which is expressed by the parasite during the blood stage of its lifecycle. These antigens have shown poor effectiveness on their own, but adding them to RTS,S might improve the chances of generating a protective immune response, reckons Christopher Plowe, professor of medicine at the University of Maryland in Baltimore.

Other researchers are not as confident. “It will be very hard to reach that 80–90 percent efficacy with a subunit vaccine,” says Sauerwein. He argues that a whole-organism vaccine, which presents the immune system with hundreds of parasite antigens, is a better bet. “Everybody makes his or her own cocktail of immune responses, eventually leading to protection,” he adds.

There is precedent for a whole-organism approach. In the 1970s, researchers showed that people bitten by irradiated malaria-carrying mosquitoes gained protection from the disease. The radiation-weakened sporozoites couldn't cause malaria, yet were up to 90% effective at inducing immunity.

But it took up to 1,000 mosquito bites to generate this protection — hardly a practical approach for a mass-vaccination campaign. “Nobody thought it would be possible to make a whole-sporozoite vaccine,” says Stephen Hoffman, chief scientific officer of the Rockville, Maryland-based biotech firm Sanaria.

Hoffman, formerly director of the malaria programme at the US Naval Medical Research Center, founded Sanaria in 2003 to try to counteract that pessimism within the malaria community. The company developed a method that involves freezing sporozoites painstakingly dissected by hand from the salivary glands of mosquitoes. But standard intradermal or subcutaneous injection of irradiated sporozoites has failed to protect humans against malaria2. Intravenous injection might work better. Monkeys inoculated intravenously generated high levels of CD8+ T cells in their livers specific to the malaria parasite — a key component of immunity to the disease, Hoffman says. Sanaria, in collaboration with the Vaccine Research Center, part of the US National Institutes of Health, has entered the vaccine into clinical trials, with results expected in late 2012.

“Whoa,” says Seattle Biomed's Kappe, sucking in his breath, “giving intravenous vaccinations to children in Africa is difficult to envision.” Seattle BioMed has a different strategy for a whole-organism vaccine. Instead of using radiation to weaken the parasites, Kappe favours a genetic engineering approach: knocking out selected genes so that sporozoites can infect liver cells and trigger the immune system, but are unable to progress to the blood stage of their lifecycle and cause disease3.

Kappe and others say that genetic engineering will weaken the parasites in a more predictable, uniform way to enable vaccination — event-ually using a needle and syringe — at a much lower dose than irradiation. Kappe describes an unpublished study, where five of six volunteers bitten by mosquitoes infected with sporozoites lacking the p36 and p52 genes developed robust immune responses. But the sixth got malaria from the vaccine — unacceptable odds when it comes to safety.boxed-text

Kappe plans to test lower doses of this genetically weakened parasite, and is developing another strain of sporozoite with other genes missing. He hopes that additional safety mechanisms could be engineered in, such as a suicide gene that would cause the parasite to self-destruct if it did reach the blood stage.

Sauerwein is also preparing genetically engineered parasites and, in parallel, is investigating an even more radical approach: immunizing with live Plasmodium parasites that aren't weakened at all. Ten people exposed to malaria-carrying mosquito bites and dosed with the antimalaria drug chloroquine to protect them from getting sick, all developed immunity to the disease; some remained protected for as long as 28 months (ref. 3).

Sauerwein's radical approach “gives the best protective immunity of any malaria intervention ever” — even better than those experiments with irradiated parasites that were the benchmark for the field for decades, says Hoffman, who is collaborating with Sauerwein on related work. He suggests Sanaria's method for manufacturing sporozoites could make this type of controlled infection a feasible approach to vaccination, at least for military personnel and travellers to malaria-endemic regions.

Sauerwein and Hoffman are not alone in trying multiple approaches — many researchers in this field are cooking several leads for a malaria vaccine at the same time. Kappe, for example, muses on the possibility that, rather than make it all the way to an approved vaccine, his engineered parasites will simply reveal promising antigens to include in a next-generation subunit vaccine. For now, nothing is off the menu.