How To Stop A Plague In 4 Easy Steps 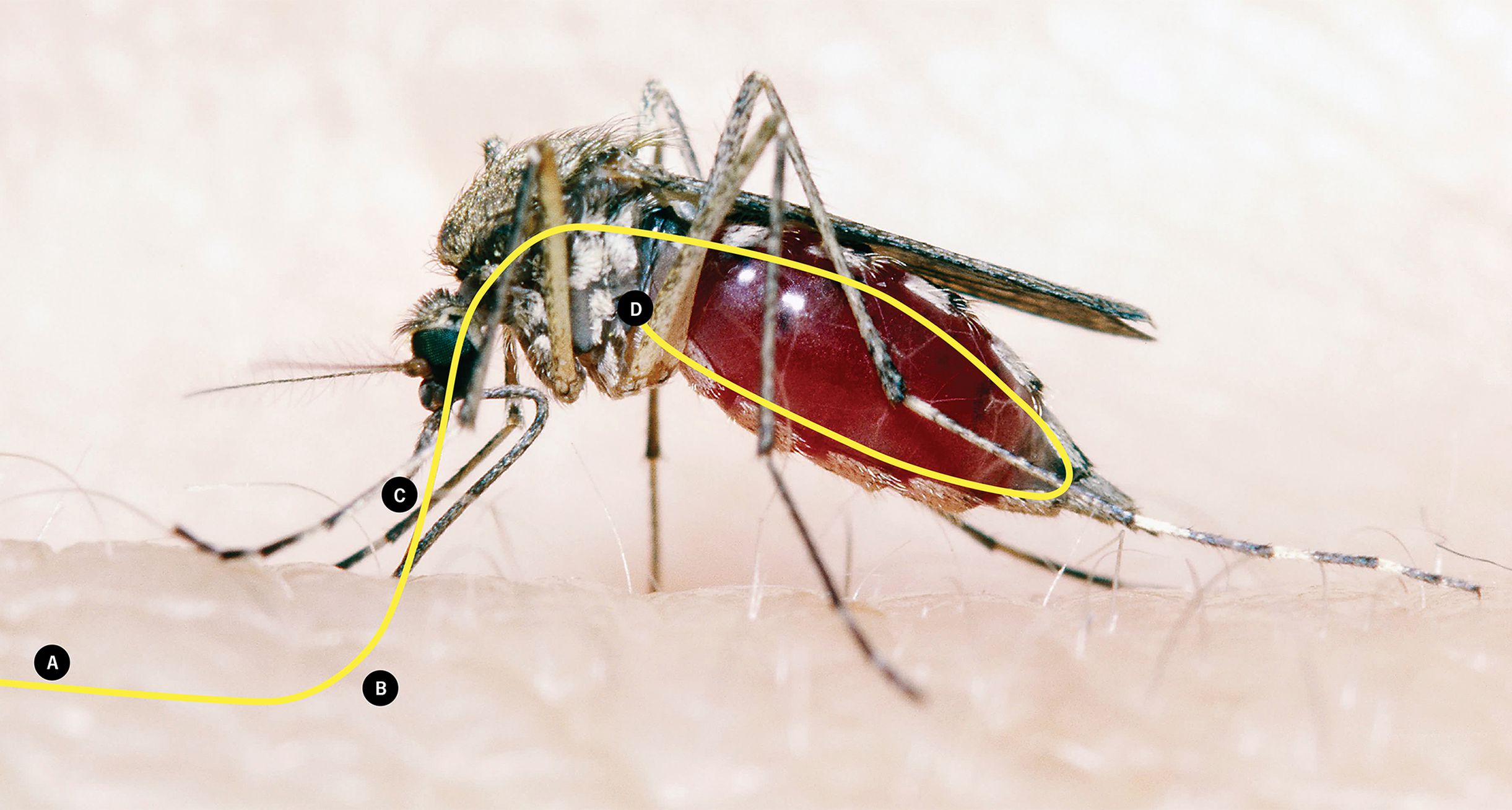 How To Stop A Plague In 4 Easy Steps

Vaccinating mosquitoes can ward off malaria.

It's not the mosquito's fault. Malaria is actually caused by the Plasmodium family of parasites, which is carried unwittingly by mosquitoes. And these parasites are tricky foes. Come up with a treatment or vaccine and the few that survive will still breed. But Johns Hopkins biologist Rhoel Dinglasan thinks he may have a way around that: vaccinating mosquitoes instead.

Dinglasan's team has found that Plasmodium—at a crucial stage in its life cycle—needs to bind to a protein in the mosquito's gut called AnAPN1. If you block this protein, you block transmission to humans. But how do you treat a mosquito? A teensy needle and steady hands? No. Here's the clever part: You give people a vaccine against AnAPN1, turning them into living mosquito-treatment factories for years; their immune systems produce antibodies against AnAPN1. When mosquitoes bite vaccinated people, they'll suck up the antibodies, which block AnAPN1 so that the mosquitoes can no longer pass along the disease. In lab tests, Dinglasan has shown that the antibodies can indeed make mosquitoes benign—although no less annoying.

The person's immune system produces antibodies against AnAPN1 in his blood.

A mosquito ingests the antibodies, which bind to AnAPN1 and block the malaria-causing parasite Plasmodium.

Plasmodium can't live in the mosquito gut and, therefore, can't be transmitted to people.

This article originally appeared in the September 2013 issue of Popular Science.